I get asked by quite a few couples if I bring a second photographer with me when I photograph their wedding. I also usually get asked if two wedding photographers are really necessary. To be honest, I want a second shooter with me at every wedding I photograph. Sure, there are times when a second shooter isn’t feasible (and it’s almost always cost-related), but in an ideal world I have one with me every single time. Why? I’m glad you asked.

Here are 5 Reasons I Always Recommend A Second Wedding Photographer…

Having a second photographer allows me to be in more than one place at the same time.

On a wedding day, us photographers get pulled in many different directions. One person might be getting ready in one hotel room while the other gets ready in another hotel room… on the other side of town! During the ceremony it’s wonderful to have two different views and perspectives of everything that happens. While I’m taking family photos, my second shooter can go photograph all of those details you spent so much time choosing while your guests are still at cocktail hour. While I’m photographing the bride throwing her bouquet, my second shooter can focus on all the ladies diving for it. Who wouldn’t want both of those photos?

A second shooter provides a different style, new interpretations and a fresh set of eyes throughout the day.

Second shooters can focus on details while I worry about the big picture.

I rely on my second shooters to capture many of the detail shots throughout the day, but I also rely on them to keep an eye on things that shouldn’t be in a photo. Like what, you ask? Like someone wearing sunglasses in a family photo or a groomsman who’s suit pants look bad because he’s got a phone, a flask and car keys stuffed in his pockets. I love having someone with me who doesn’t have to worry about the big stuff and has time to notice how the bride plays with a little curl of her groom’s hair or how the groom delicately touches the small of his bride’s back. Ideally, I’d notice those things as well, but sometimes things get missed, which brings me to my next point… 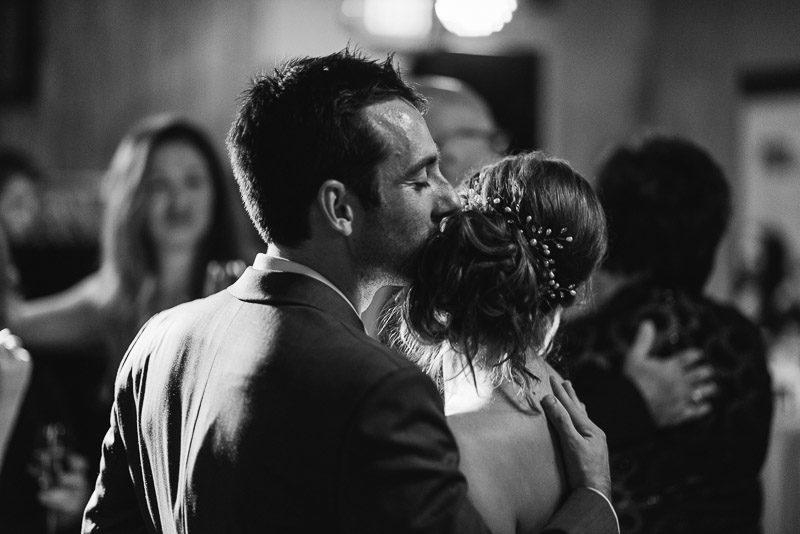 A second shooter provides backup in case something gets missed.

I’m not just talking about the kiss (although that’s a pretty big moment to have a little backup for). I’m talking about all of the moments that are constantly happening at weddings. Family members who haven’t seen each other in years sharing a laugh. Little kids being little kids. Ridiculous friends doing ridiculous things. Hugs. Smiles. Tears. They happen all night long. They can’t all be photographed, but with two photographers around, the odds are pretty good that the big ones won’t be missed. 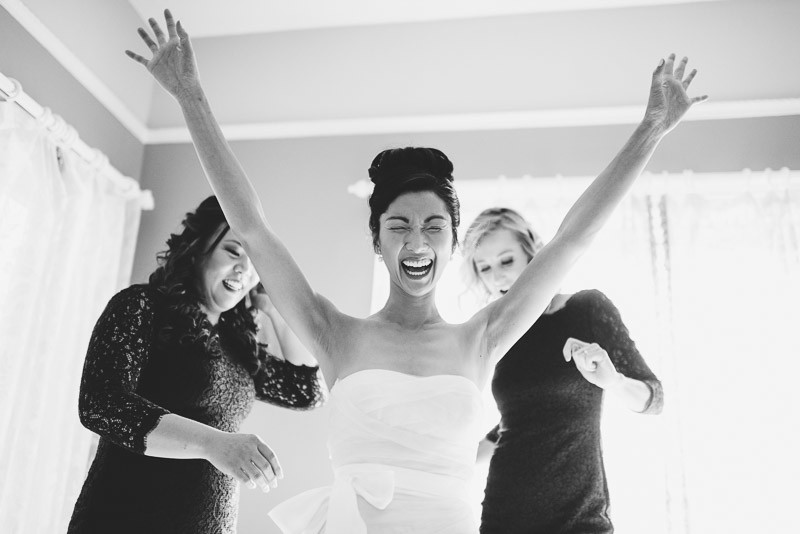 Unfortunately, no matter how much we plan and how careful we are, sometimes bad things happen. A car accident, memory card failure or broken piece of gear at just the wrong moment are the stuff of nightmares for wedding photographers. With a second shooter, the risk is greatly minimized. Personally, I only work with second shooters who are full-time wedding photographers and who I would trust to shoot the entire wedding as if it were their own. That way, if something bad happens, you’ve still got a legit photographer who I know and trust with you who can make the magic happen!

These two images were captured within moments of each other, but the bride and groom were getting ready miles apart from each other.

Here are two different views of a father walking his daughter down the aisle. 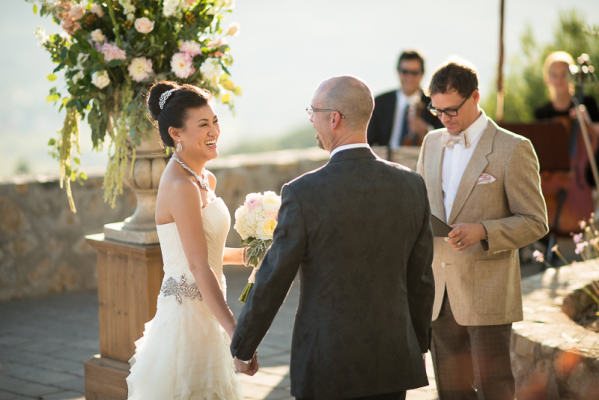 Here are another two very different views of the same moment during a ceremony. 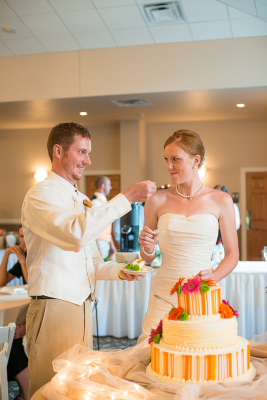 This is from an older wedding, but it’s still one of my favorite series of images that me and my 2nd shooter have taken.
The playfulness of the bride and groom are really shown between the two different perspectives.

I’ll end with this example of how different the same moment during a wedding can look to two different people. Convinced yet?